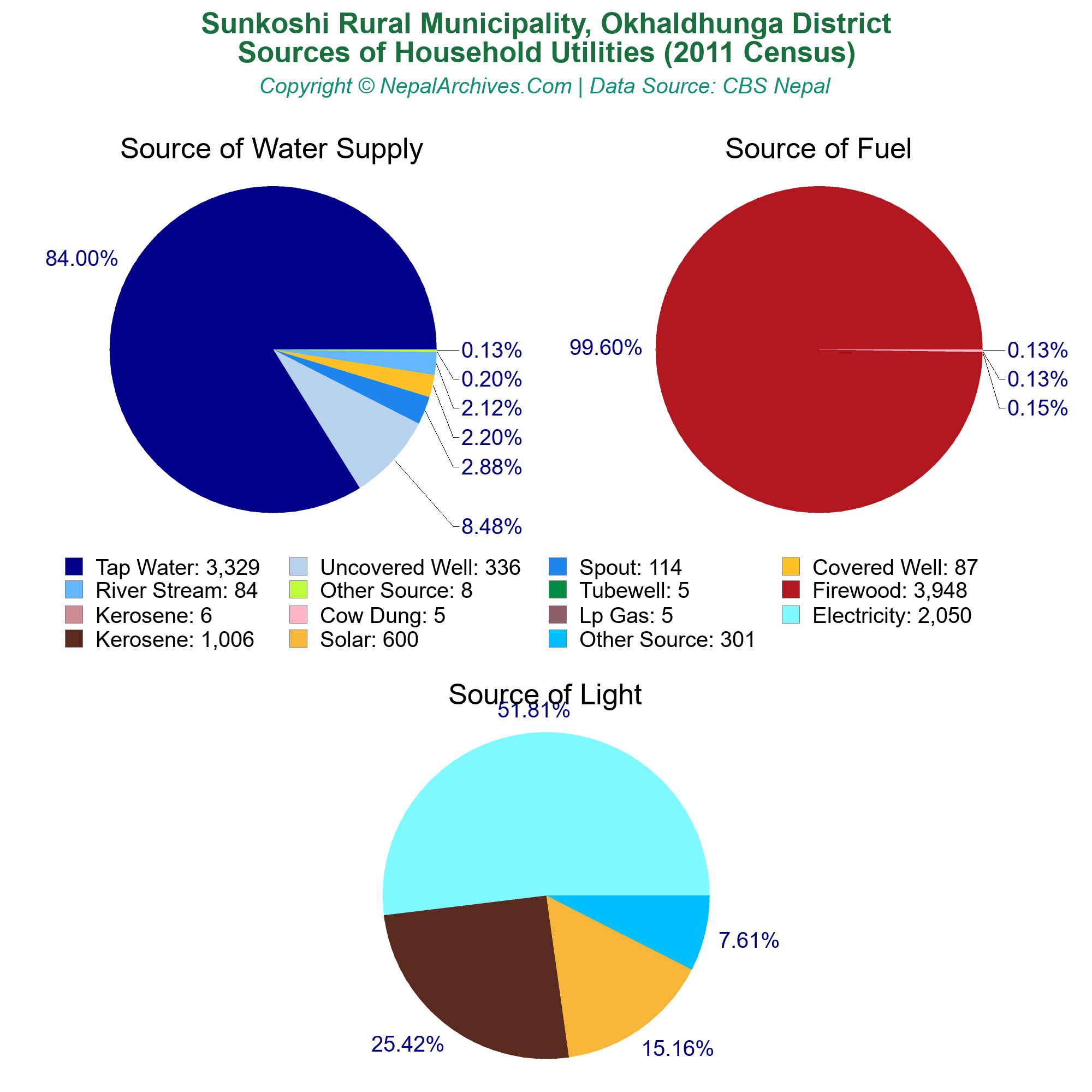 The pie-charts for different sources of household utilities of Sunkoshi Rural Municipality, Okhaldhunga District is based on 2011 population census conducted by Central Bureau of Statistics (CBS) of Nepal. As of 2011, most households (3,329) used tap water as their source of water while 336 households were depended on uncovered well. Remaining households who used different types of water sources were: spout (114), covered well (87), river stream (84), other source (8) and tube well (5). With reference to source of fuel, mostly used fuel was firewood with total number of 3,948 households. The second top source of fuel households used was kerosene (6). Rest of households used different fuel sources, such as: cow dung (5) and lp gas (5). Similarly, electricity was primary source of light with total 2,050 households using it. Other households used kerosene (1,006), solar (600) and other source (301) as their source of light.