Kavrepalanchok – 2 | 2008 Constituent Assembly Election Results
There were 40,809 votes casted during 2008 Constituent Assembly elections in Kavrepalanchok District, Constituency No. 2. The candidte of Nepal Communist Party (Maoist) - Akal Bahadur Thing secured 18,207 (44.62%) votes and secured victory in the election. The runner-up candidate was Keshab Prasad Badal of Nepal Communist Party (Unified Marxist-Leninist) who secured 11,814 (28.95%) votes and came in second position. The difference in votes of Akal Bahadur Thing and Keshab Prasad Badal was 6,393. All other candidates secured 10,788 (26.44%) votes. 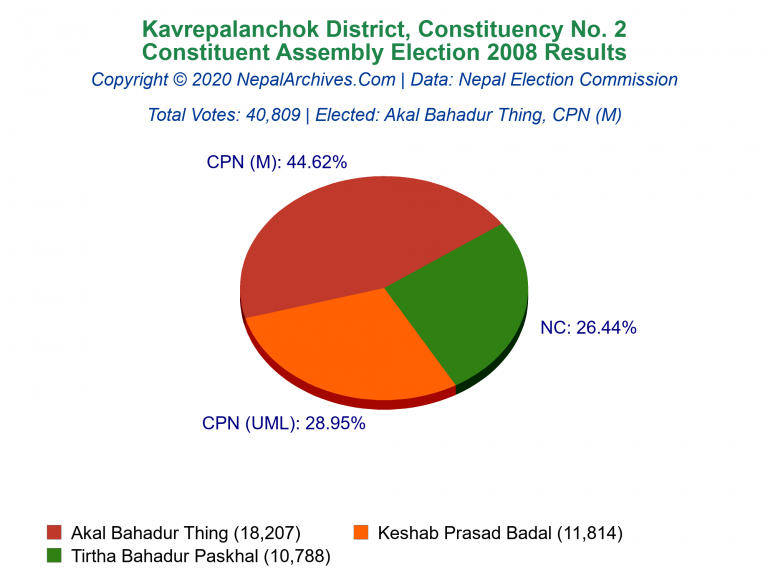