Syangja – 2 | 1999 House of Representatives Election Results
There were 41,472 votes casted during 1999 House of Representatives elections in Syangja District, Constituency No. 2. The candidte of Nepali Congress Party - Gopal Man Shrestha secured 21,572 (52.02%) votes and secured victory in the election. The runner-up candidate was Prem Narayan Sharma Paudel of Nepal Communist Party (Unified Marxist-Leninist) who secured 13,991 (33.74%) votes and came in second position. The difference in votes of Gopal Man Shrestha and Prem Narayan Sharma Paudel was 7,581. All other candidates secured 5,909 (14.25%) votes. 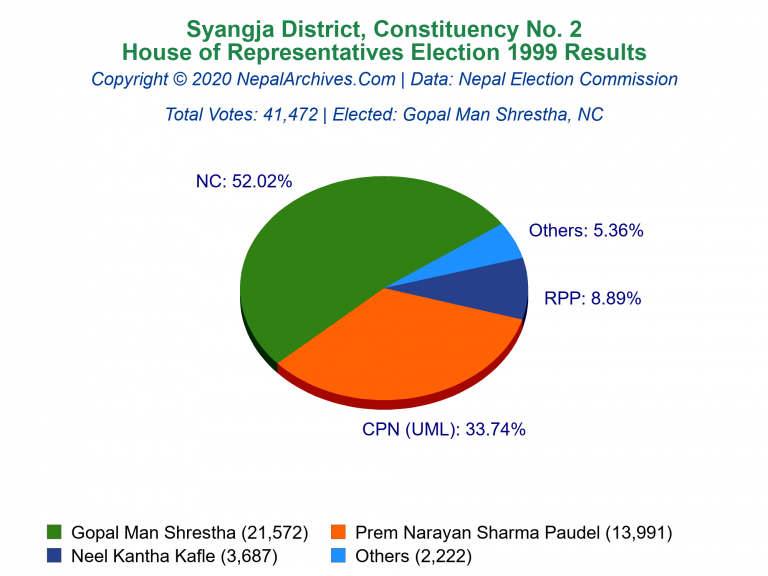