Sindhupalchok – 3 | 1999 House of Representatives Election Results
There were 40,986 votes casted during 1999 House of Representatives elections in Sindhupalchok District, Constituency No. 3. The candidte of Rastriya Prajatantra Party - Pashupati Samsher J.b.r. secured 14,512 (35.41%) votes and secured victory in the election. The runner-up candidate was Amrit Kumar Bohara of Nepal Communist Party (Unified Marxist-Leninist) who secured 13,491 (32.92%) votes and came in second position. The difference in votes of Pashupati Samsher J.b.r. and Amrit Kumar Bohara was 1,021. All other candidates secured 12,983 (31.68%) votes. 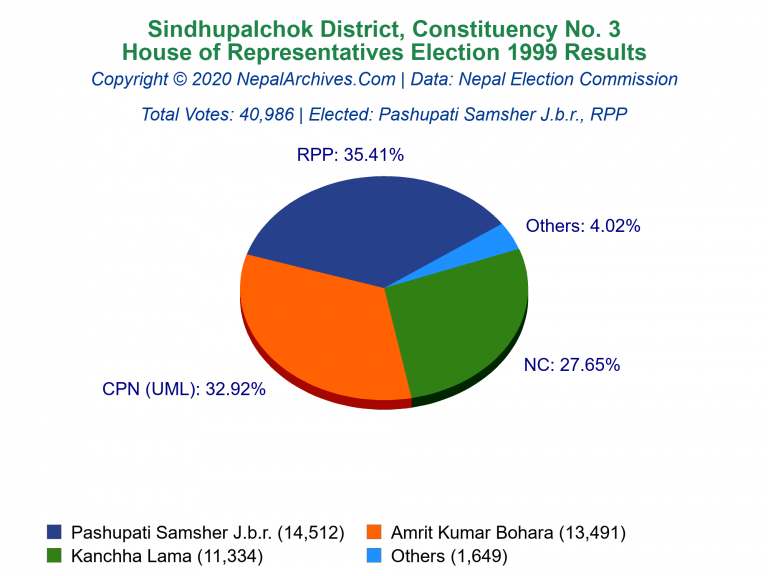