Parsa – 2 | 1999 House of Representatives Election Results
There were 48,914 votes casted during 1999 House of Representatives elections in Parsa District, Constituency No. 2. The candidte of Nepali Congress Party - Ajaya Kumar Chaurasiya Barai secured 20,178 (41.25%) votes and secured victory in the election. The runner-up candidate was Nagendra Prasad Chaudhary Tharu of Nepal Communist Party (Unified Marxist-Leninist) who secured 19,622 (40.12%) votes and came in second position. The difference in votes of Ajaya Kumar Chaurasiya Barai and Nagendra Prasad Chaudhary Tharu was 556. All other candidates secured 9,114 (18.63%) votes. 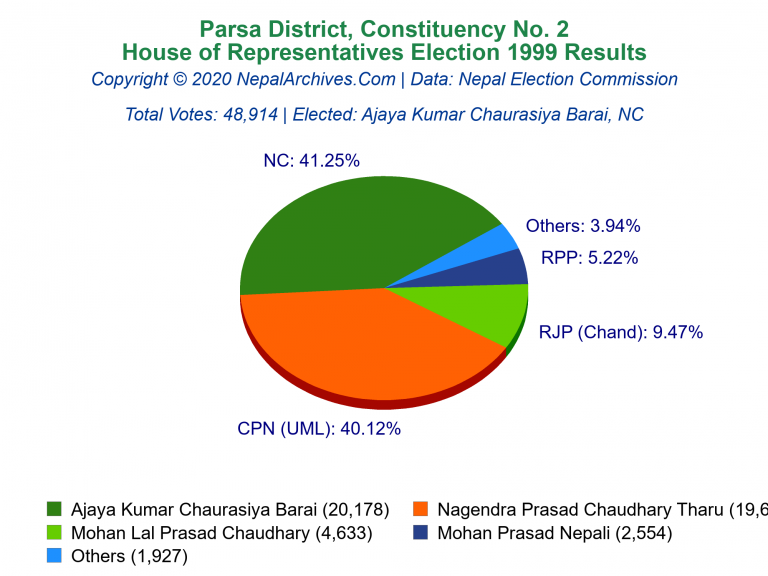 As illustrated in the pie-chart above, the candidates who lost the election secured 28,736 (58.75%) votes as compared to votes secured by elected candidate Ajaya Kumar Chaurasiya Barai, which was 20,178 (41.25%) votes.