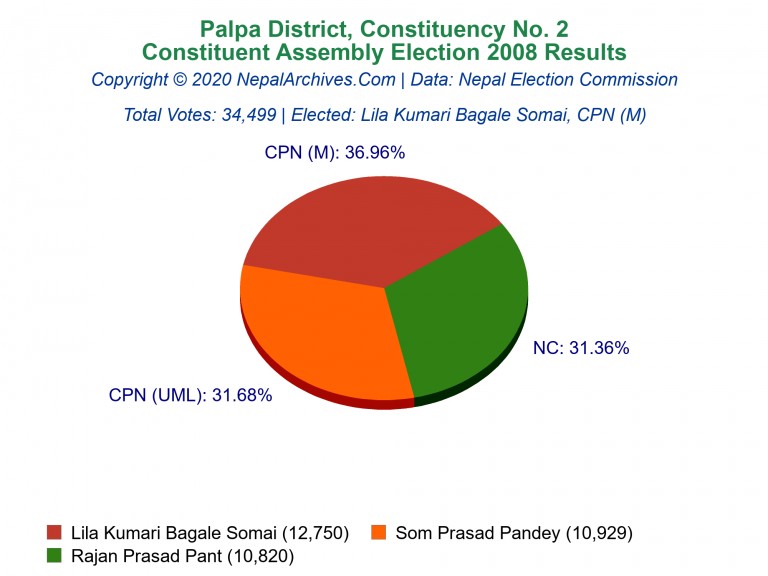 As illustrated in the pie-chart above, the candidates who lost the election secured 21,749 (63.04%) votes as compared to votes secured by elected candidate Lila Kumari Bagale Somai, which was 12,750 (36.96%) votes.