Kathmandu – 5 | 1999 House of Representatives Election Results
There were 34,589 votes casted during 1999 House of Representatives elections in Kathmandu District, Constituency No. 5. The candidte of Nepal Communist Party (Unified Marxist-Leninist) - Mangal Siddhi Manandhar secured 14,303 (41.35%) votes and secured victory in the election. The runner-up candidate was Rajendra Prasad Shrestha of Nepal Communist Party (M.L) who secured 8,565 (24.76%) votes and came in second position. The difference in votes of Mangal Siddhi Manandhar and Rajendra Prasad Shrestha was 5,738. All other candidates secured 11,721 (33.89%) votes. 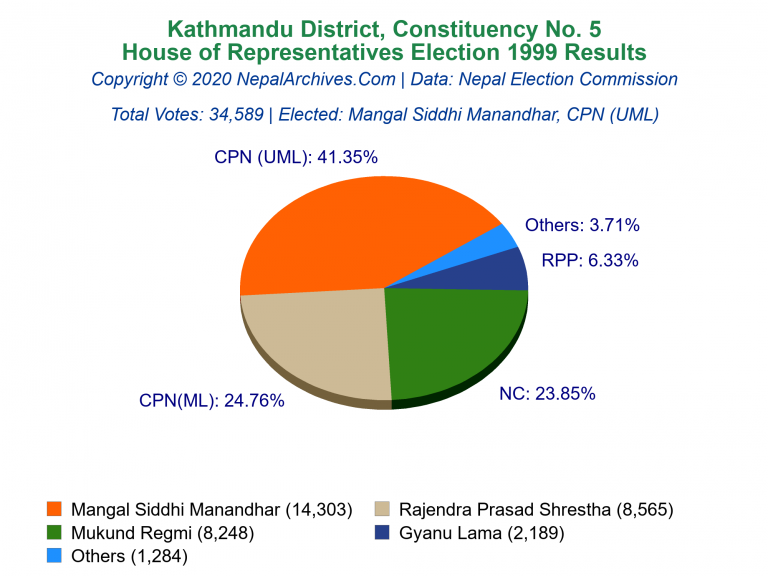 As illustrated in the pie-chart above, the candidates who lost the election secured 20,286 (58.65%) votes as compared to votes secured by elected candidate Mangal Siddhi Manandhar, which was 14,303 (41.35%) votes.