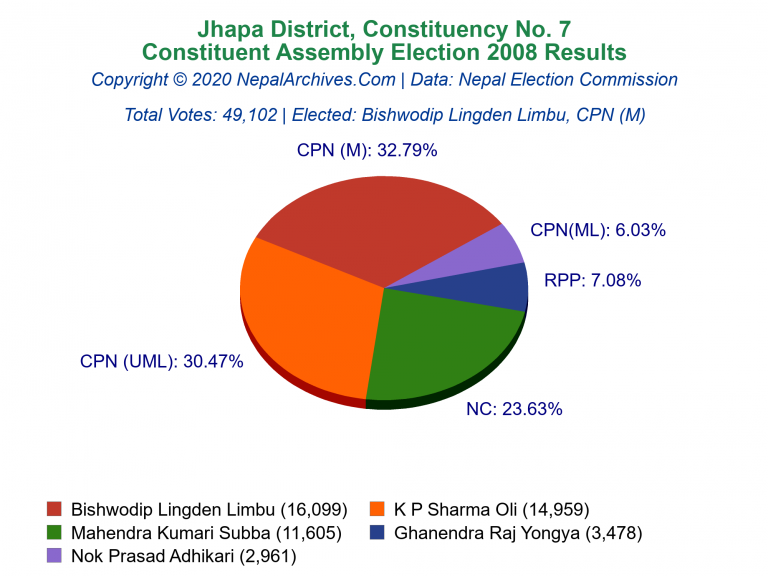 As illustrated in the pie-chart above, the candidates who lost the election secured 33,003 (67.21%) votes as compared to votes secured by elected candidate Bishwodip Lingden Limbu, which was 16,099 (32.79%) votes.